how I overcame launch friction and finally shipped something

I have a problem with starting projects and not shipping them. 🤫

I have a graveyard of them, some with big potential, some with small. Time and energy wasted on useful things that never saw the light of day. For whatever reason, I would get stuck adding features to them, thinking they weren’t quite “ready” to ship.

Despite what I’ve read and know about releasing v1 early (thank you Reid Hoffman), it was some kind of subconscious hurdle I needed to overcome.

If I could make something interesting in a short amount of time, maybe it would reduce whatever friction was keeping me from shipping and break the cycle.

So, I came up with a small app to aid making decisions called 🧐decisionize.com 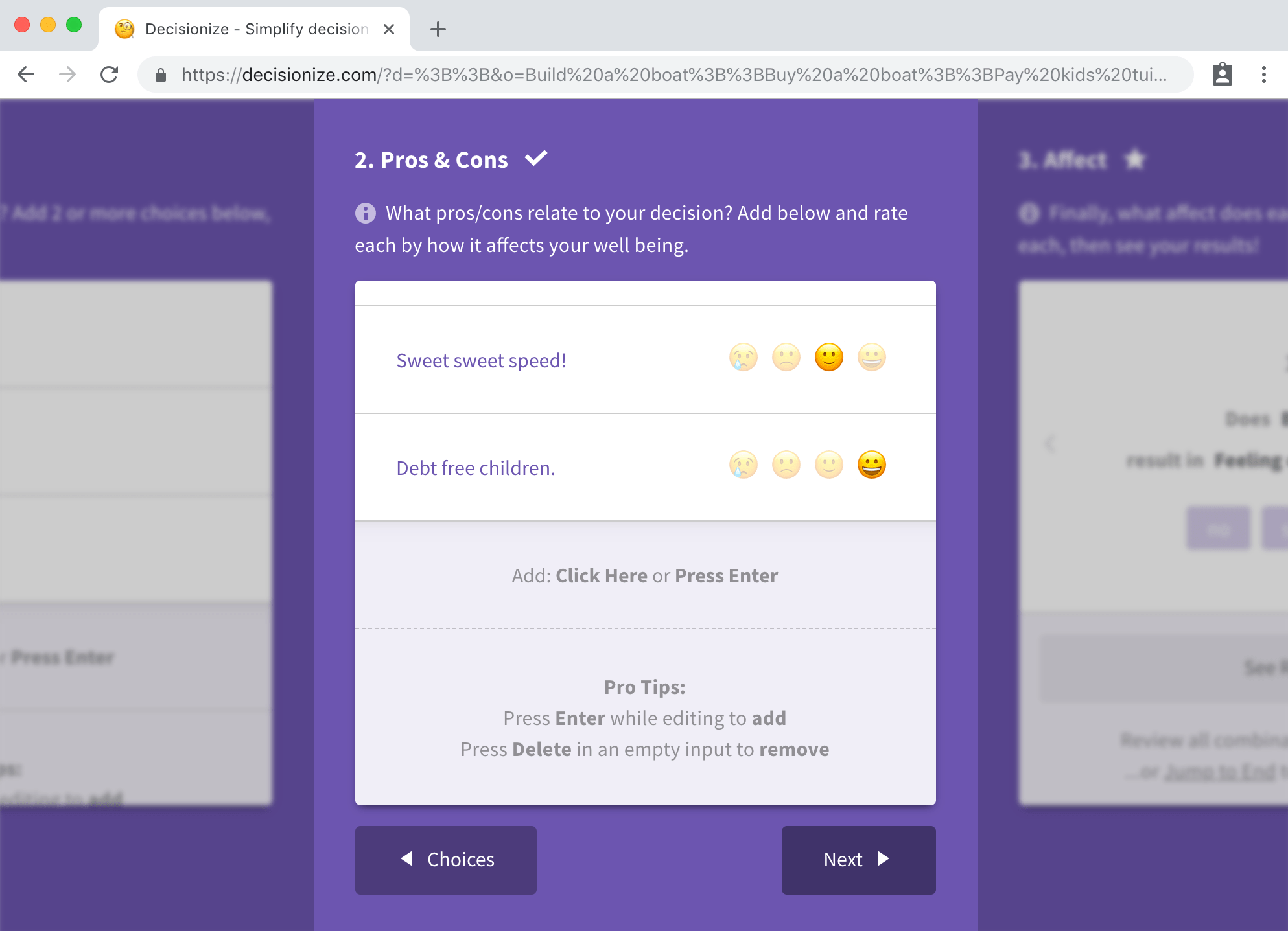 I sat on the MVP for a couple weeks to “see it fresh”. Then, after some updates, I launched to Product Hunt (PH) on a whim.

I had 36 users the first day… I posted late and got no love, but I wasn’t sad because I had launched. 🙂 Success! 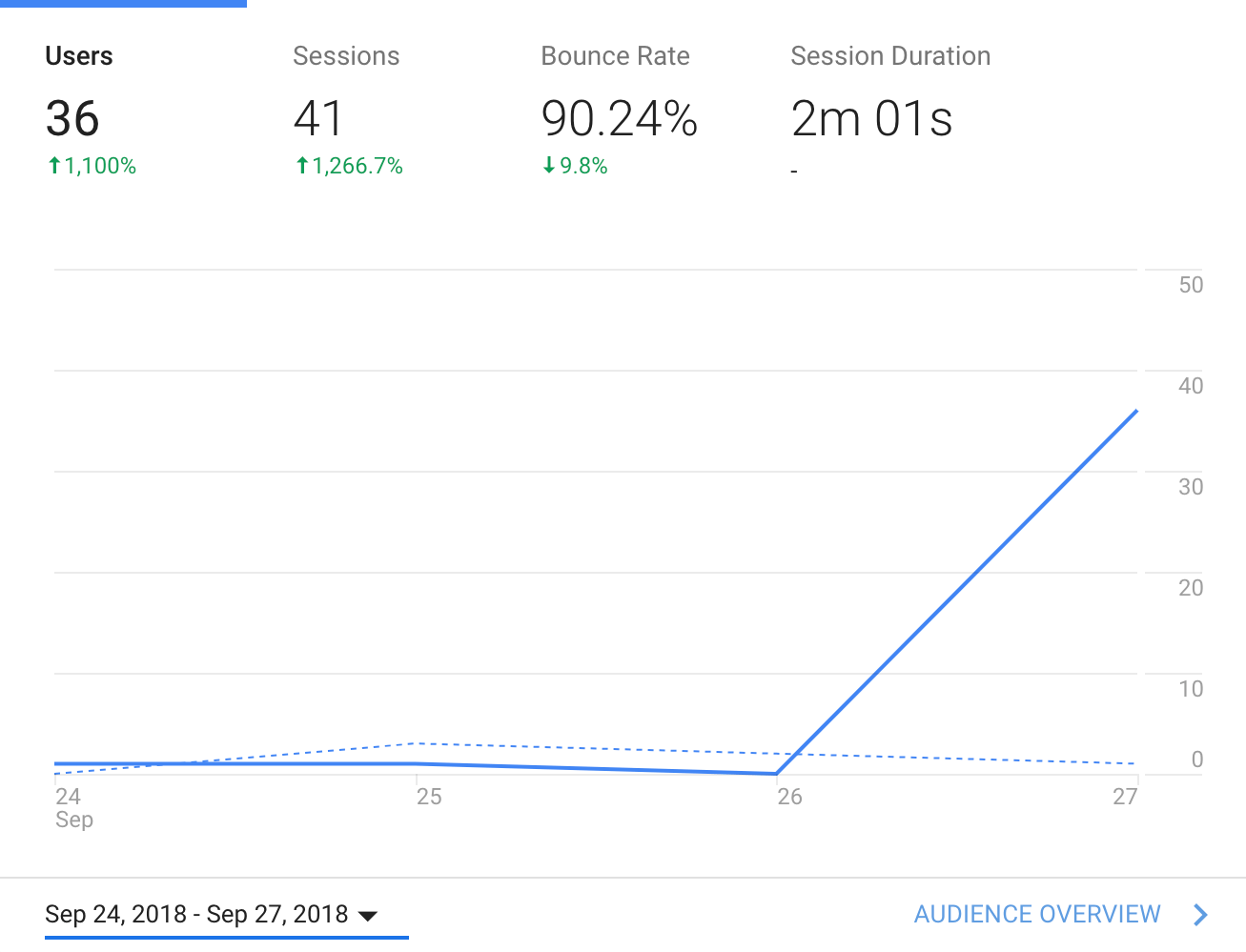 Around midnight, the PH algorithm moved me to the start of the following day. This gave me the exposure to hit the front page. 😲 And, I stayed there the whole day. 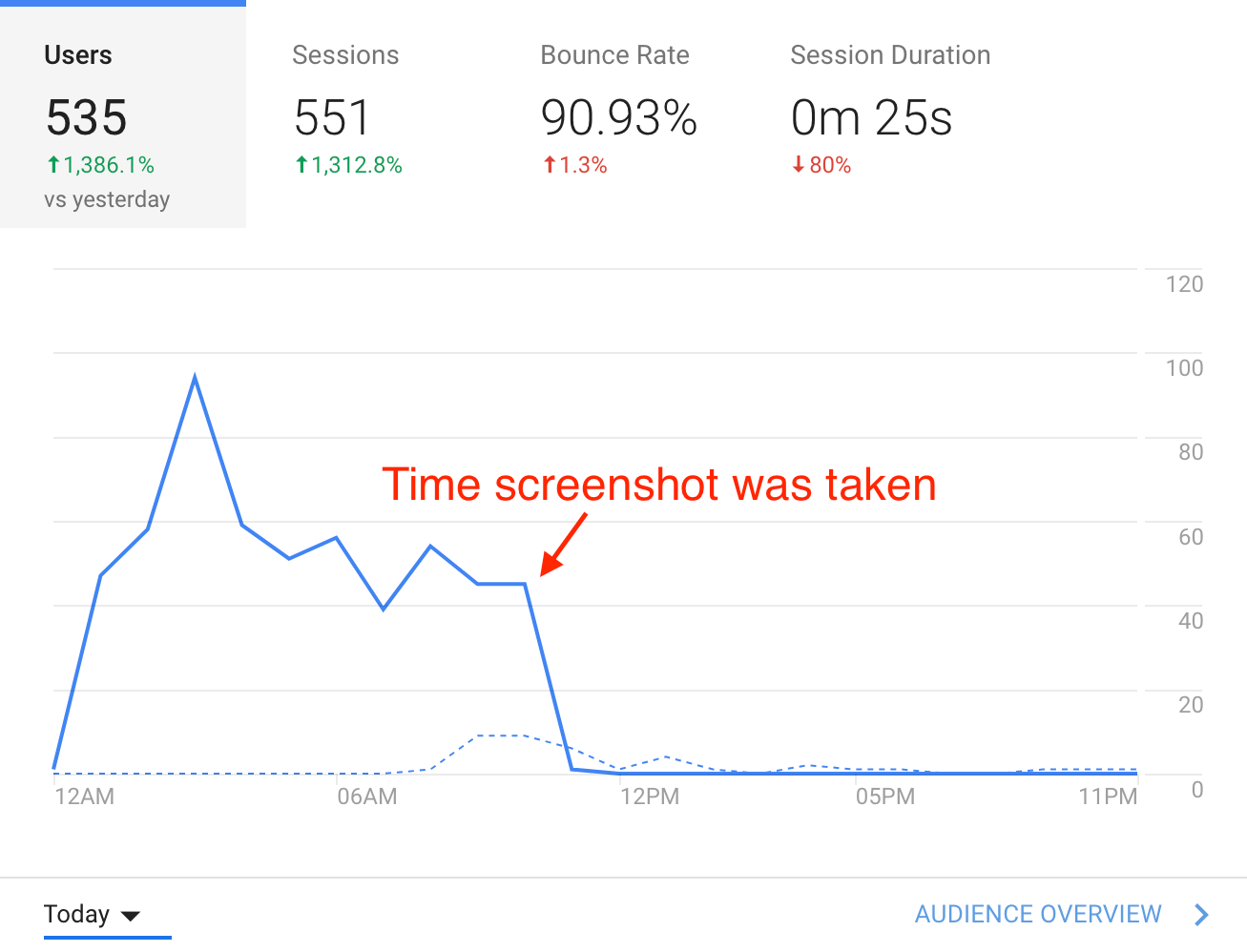 Plus, I got a sweet mention from @ProductHuntHi among others. 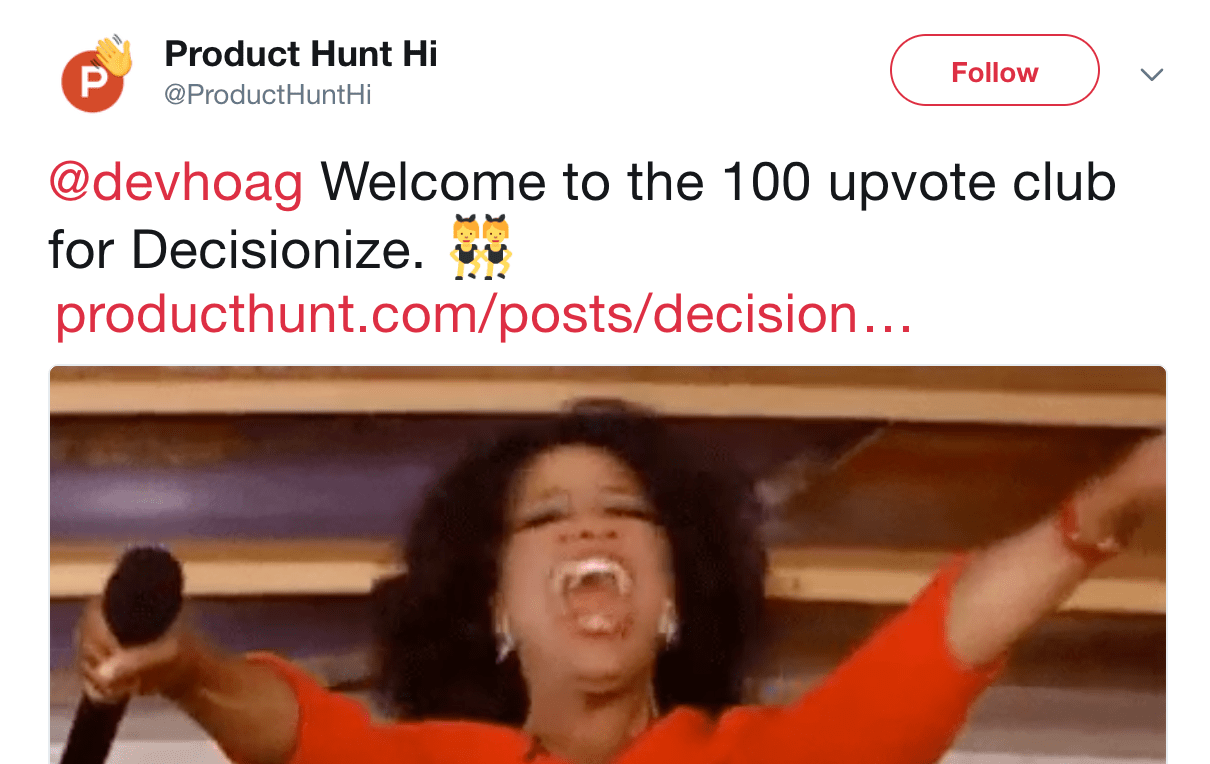 Traffic dropped a lot as I had expected. 📉 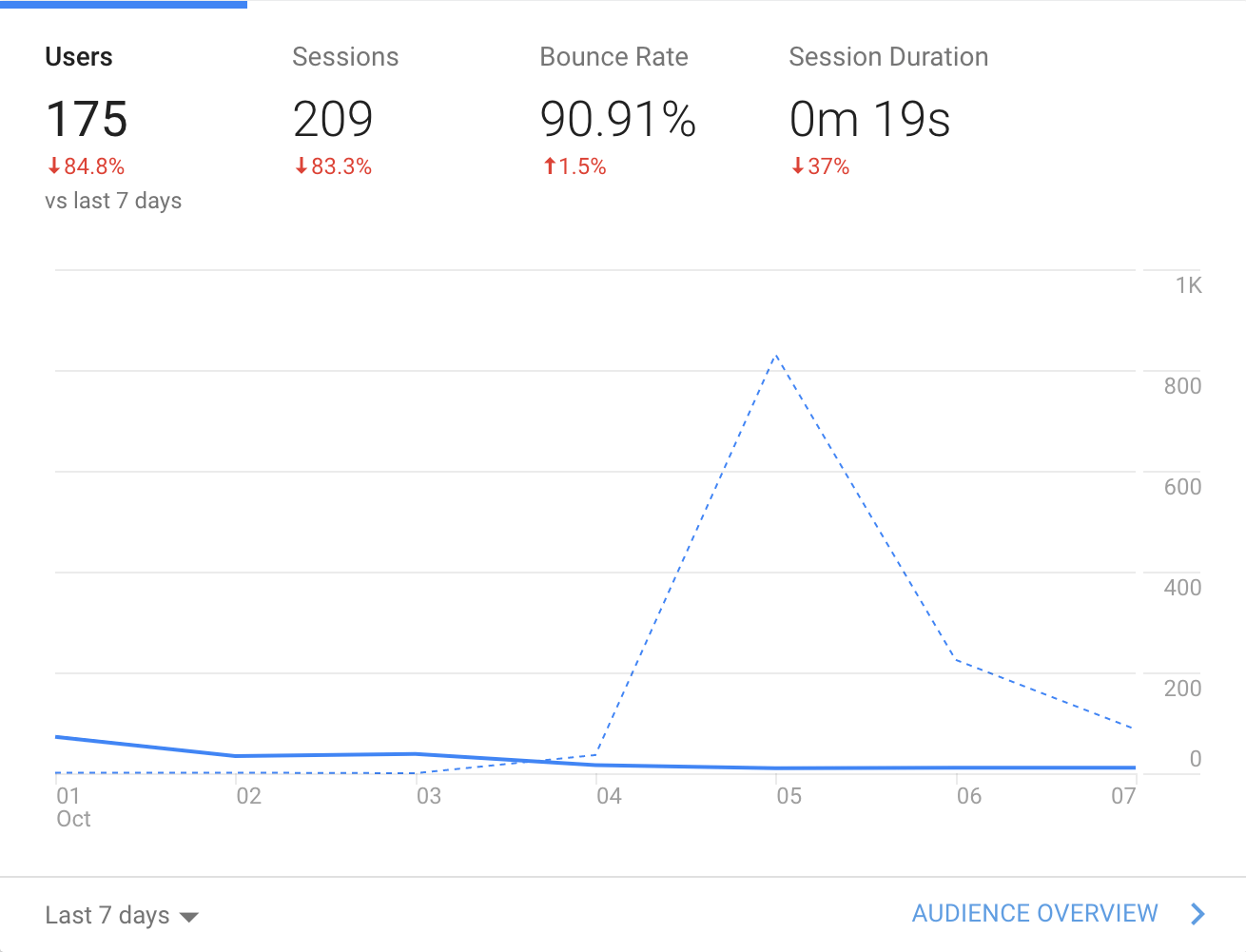 The bounce Rate was high: 90% because it’s a single page application (SPA) without URL based navigation. So, interactions weren’t picked up by Google Analytics.

The engagement was there when looking at my Heap analytics funnel.

Launching Decisionize.com
TweetPost
📭 Want to know when I write a new post?

🤘 Based out of
Boulder, Colorado